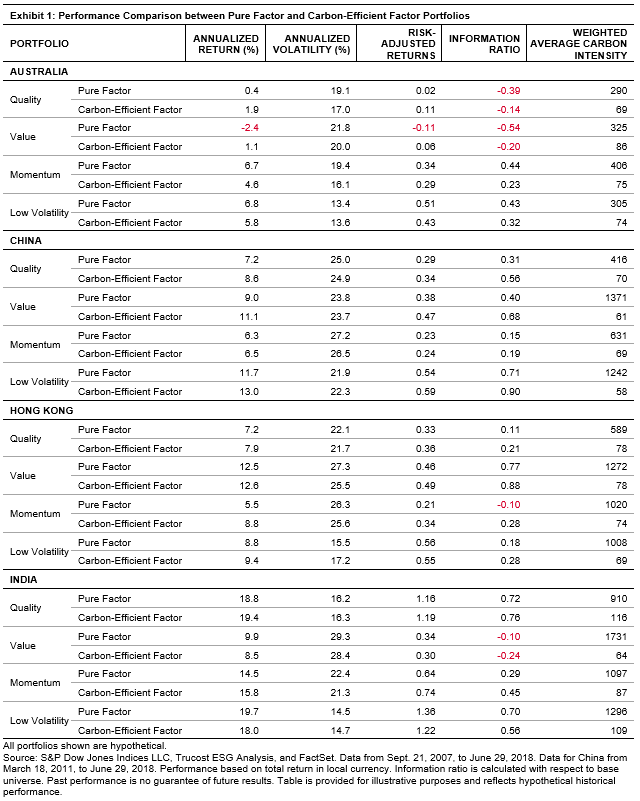 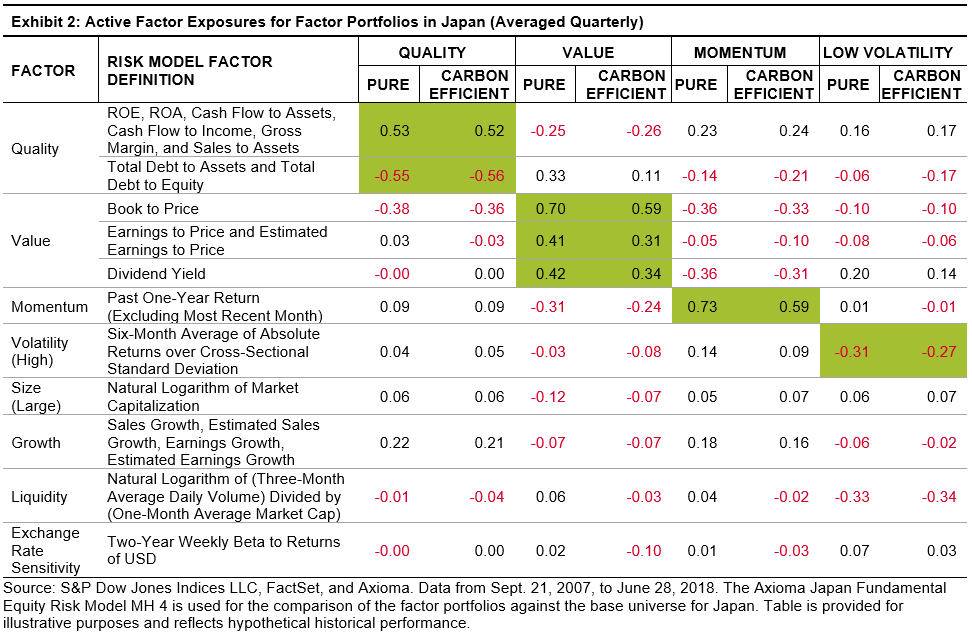 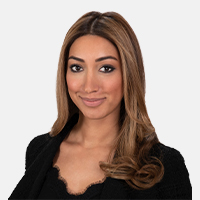 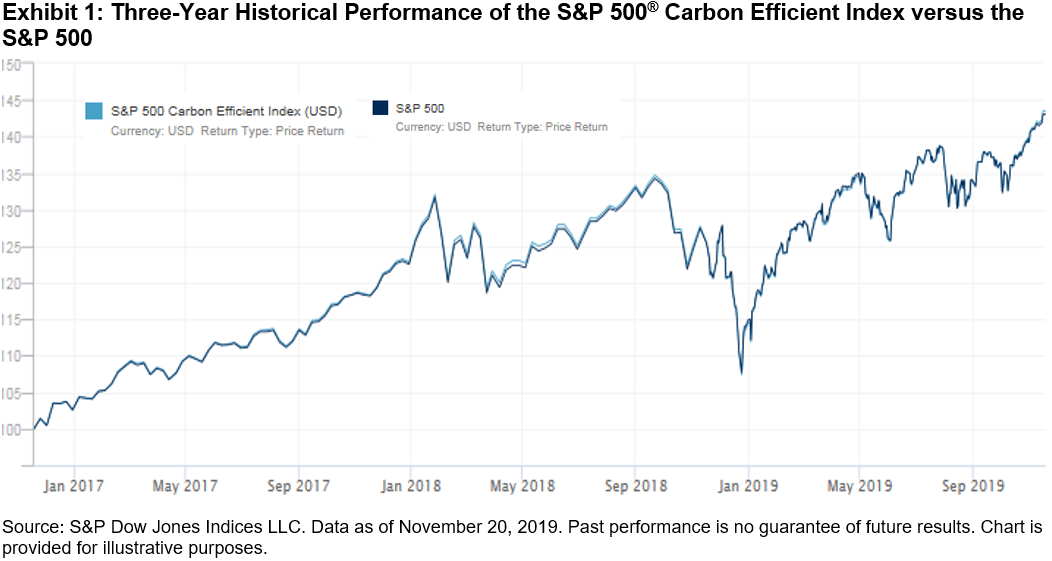 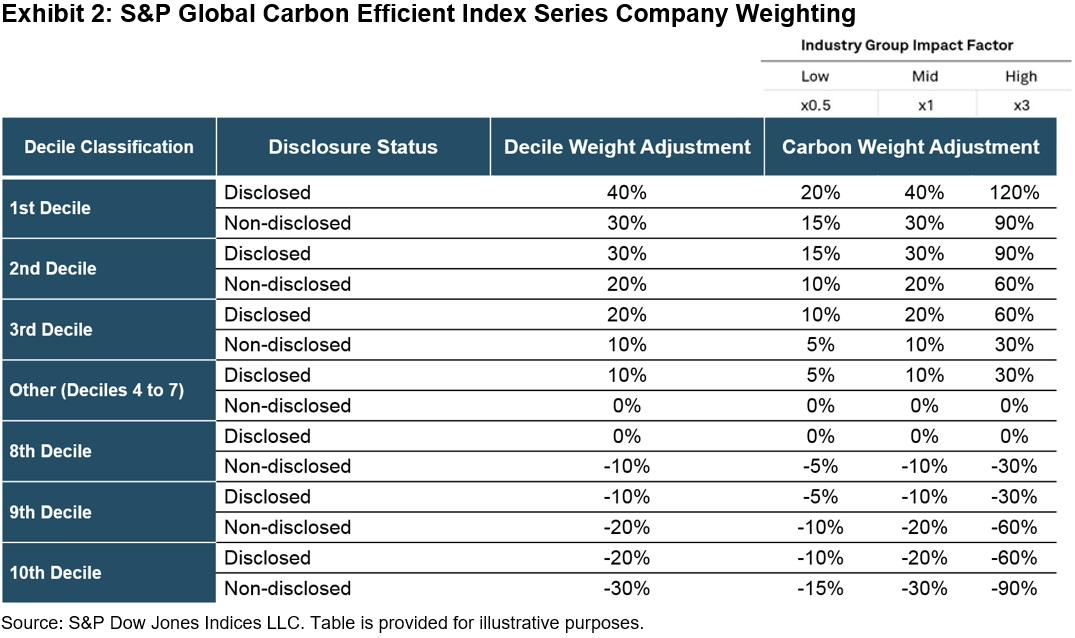 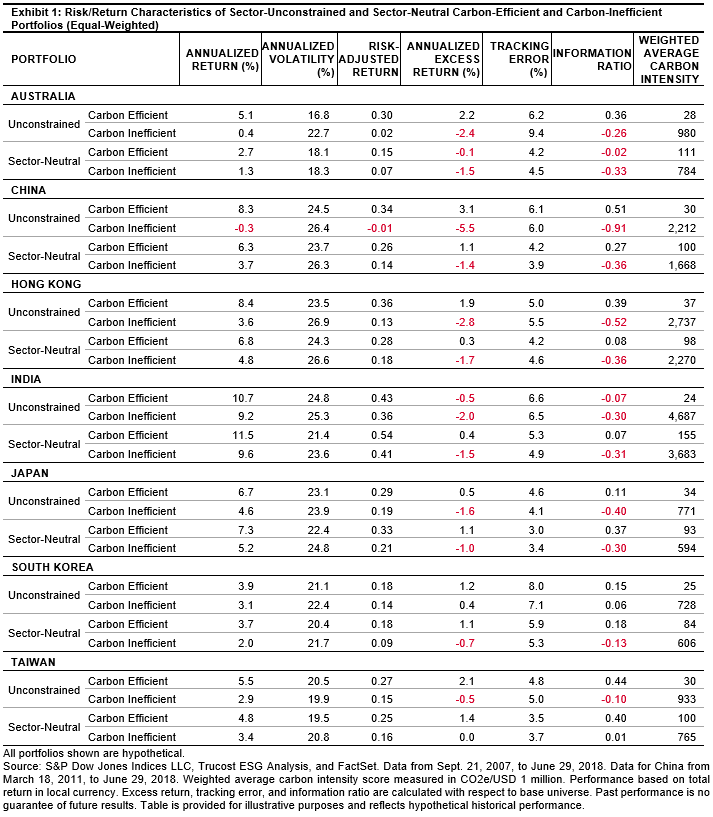 S&P Dow Jones Indices, the world’s leading index provider, launched the S&P GSCI Gold Dynamic Roll 70/30 Futures/Equity Blend in November 2019. It is the first single-commodity-focused futures/equities blended index of its kind in the gold market. In the current environment where investors are looking to diversify, this product is designed to provide a reliable and publicly available benchmark for the gold industry. It offers a new and unique way to track what is currently a popular commodity investment theme. This index is designed to measure the performance of a gold-focused, multi-asset allocation with exposure to both futures and equities returns. Commodities and equities tend to perform well at different points in the business cycle; for example, commodities tend to perform well during late phases of the business cycle, a time when equity returns tend to disappoint.

Over the past 10 years, gold-producing equities underperformed gold futures by a significant margin. However, 2019 has been different; the S&P Commodity Producers Gold Index outperformed the futures-based S&P GSCI Gold Dynamic Roll YTD as of October 2019. By combining gold futures with gold equities, market participants can partake in potential gold upside regardless of the instrument (asset class) the market uses to get there. Gold equities offer investors an underlying beta to the broad equities market as well as specific gold-related returns. Gold equities could also benefit from corporate actions such as M&A activity, specific company developments, and dividends. With managed money net positioning in CME gold futures at 10-year seasonal highs, there may be potential for a catch-up trade in gold equities. While gold equities could offer additional return streams over and above the underlying change in gold prices, they could also add new risks to a portfolio ranging from individual company hedging activities to mine disruptions.

Allocating to gold equities and gold futures via the S&P GSCI Gold Dynamic Roll 70/30 Futures/Equity Blend could offer a less volatile way for investors to allocate risk to the gold market. 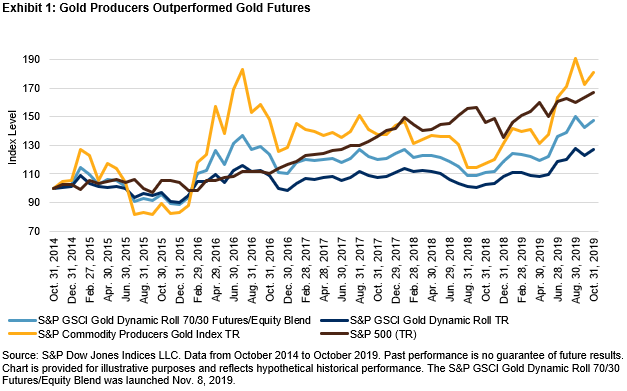 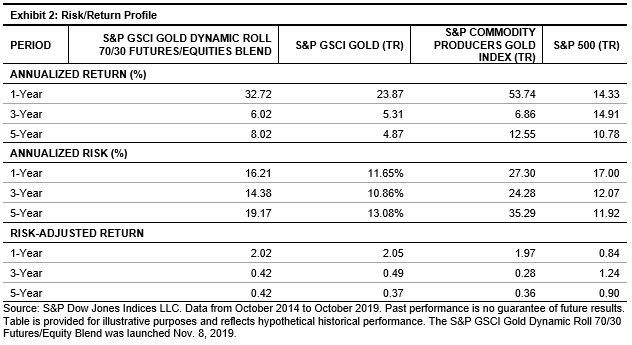 The SPIVA U.S. Mid-Year 2019 Scorecard was published recently. The report shows that the strong rally in the domestic equities market in the first half of 2019 did not necessarily translate into success for active managers. 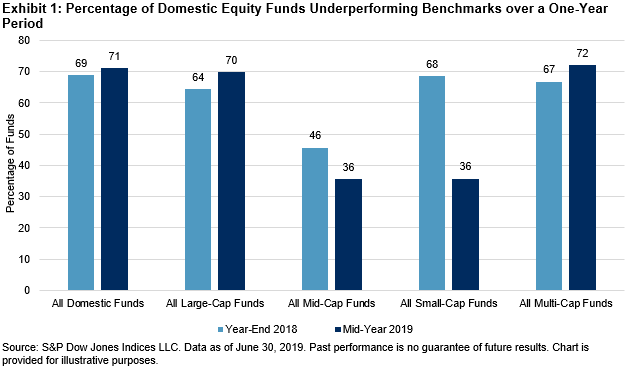 The outsized success of the mid- and small-cap funds may be explained by the performance divergence of the benchmarks. For the 12-month period ending in June 2019, the S&P 500® was up 10.4% and the S&P MidCap 400® gained a modest 1.4%, while the S&P SmallCap 600® fell 4.9%. Active managers in the two smaller-cap categories may have sized up into larger-cap securities in order to boost returns. 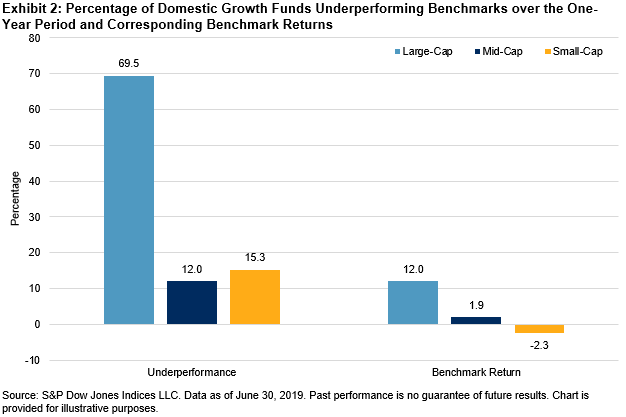