The S&P GSCI Skim Milk Powder is based on the NZX SMP futures contract, and it represents the first Oceania-based single-commodity index for the S&P GSCI index series.

Until now, dairy has been an inaccessible commodity for many market participants. The S&P GSCI Skim Milk Powder seeks to offer access to the return stream of a unique asset that is uncorrelated to major commodities such as gold but, at the same time, has a strong relationship to the New Zealand dollar and the New Zealand equity market. 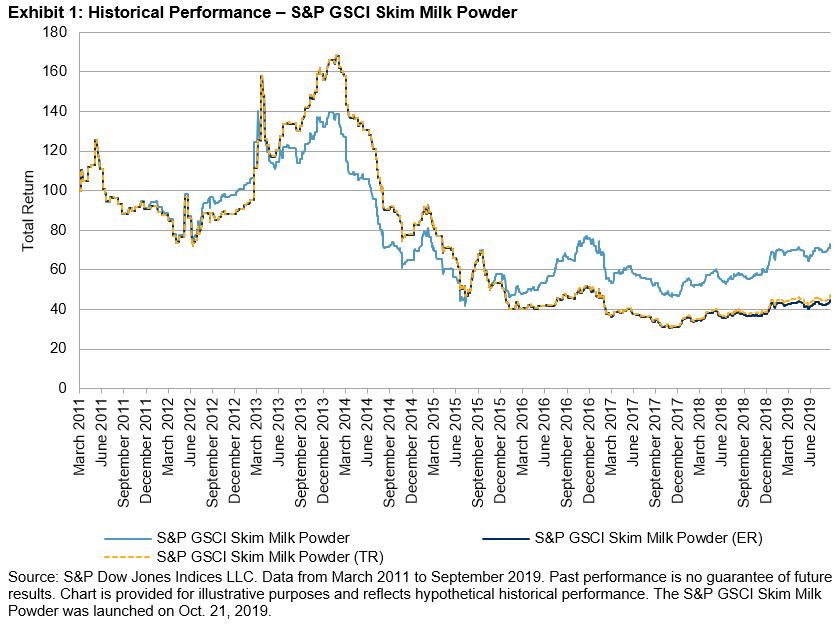 The Global Dairy Market in Perspective

According to the International Dairy Federation, the consumption of dairy products is expected to increase by 25% between 2015 and 2024. While SMP is only a relatively small proportion of global dairy consumption, it is a large proportion of the global dairy trade. The dairy export market is dominated by milk powder, with approximately 3.9 million metric tons of SMP and whole milk powder traded annually. 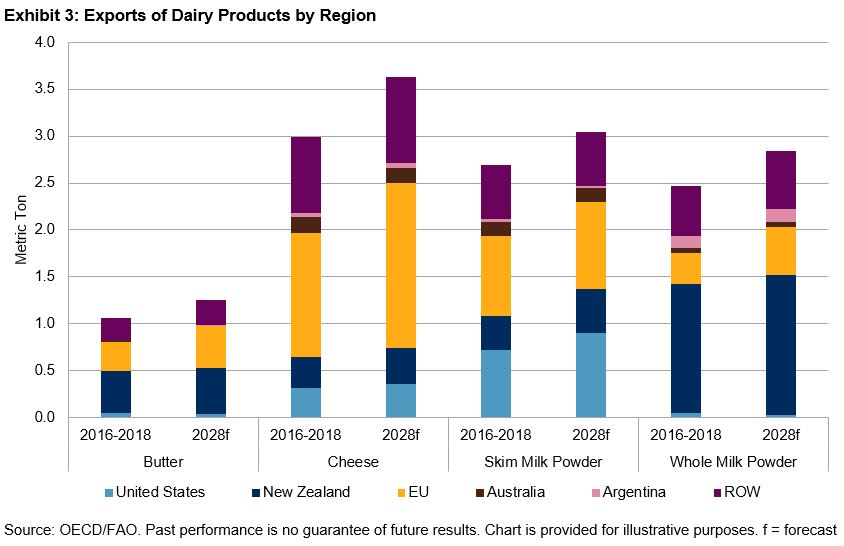 Importance of Dairy to the New Zealand Economy

Dairy represents the largest export industry in New Zealand, and the dairy sector contributes NZD 7.8 billion (3.5%) to New Zealand’s total GDP. Export revenue from dairy farming was NZD 15.1 billion in 2017-2018, equivalent to 28% of the total value of New Zealand’s merchandise exports. This is more than two times the meat sector, three times the wood sector, and seven times the wine sector. New Zealand is the third-largest SMP exporter in the world after the EU and the U.S. China is most important destination for New Zealand’s dairy product exports. 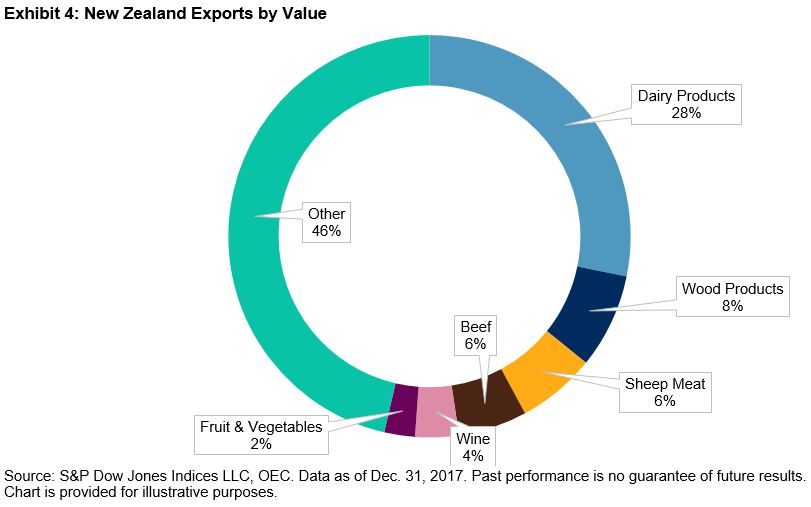