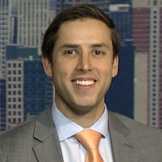 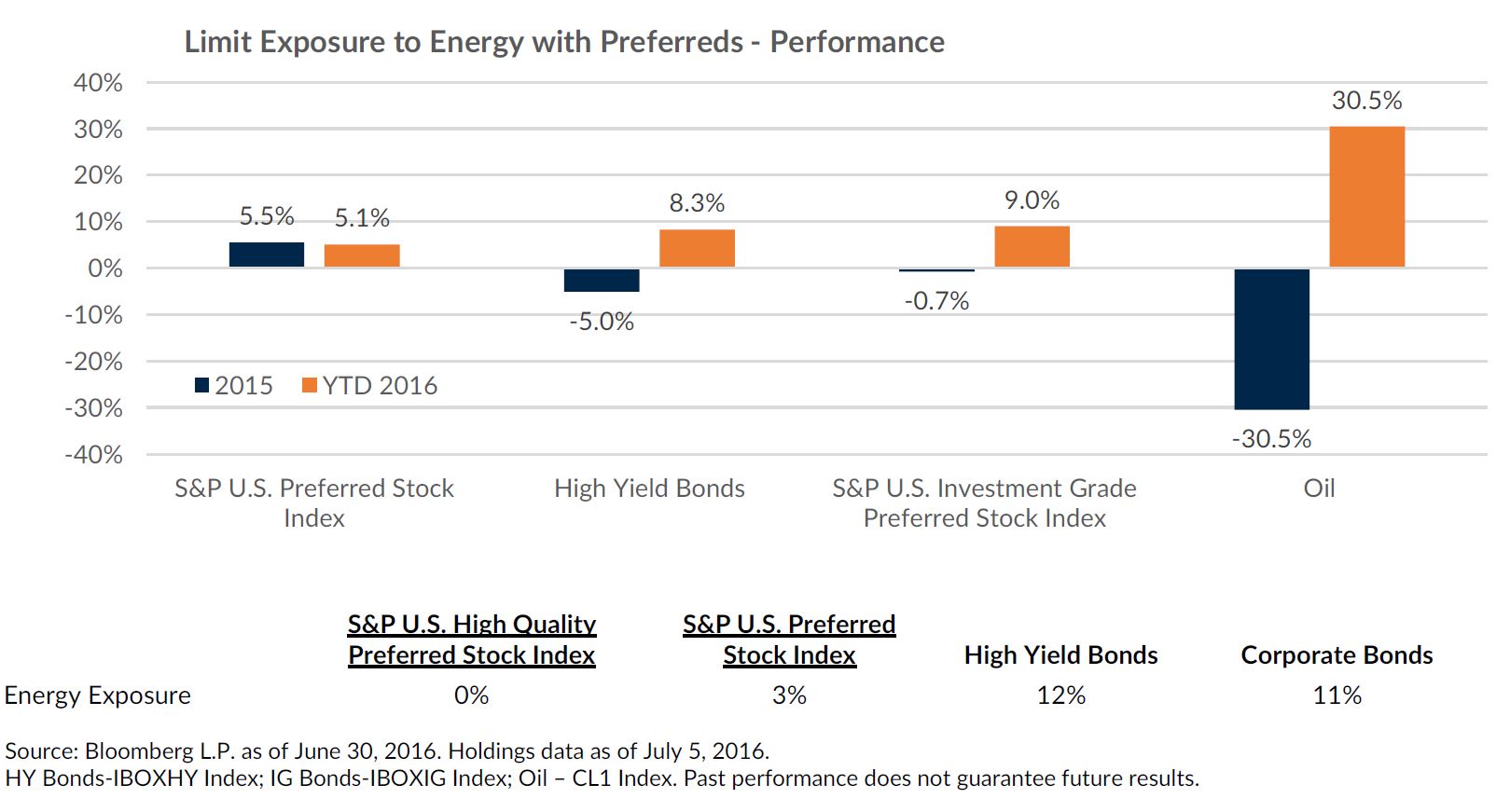 In the print edition of the Wall Street Journal this weekend, there were two unrelated stories side by side, one about a firm’s self-dealing with 401(k) and another about Medicare.  After reading them together it became clear that these seeming unrelated stories unintentionally show that while active funds can be bad for your retirement and health, passive investing can be good for your retirement and health.  Let me explain.

In “Self-Dealing With 401(k),” we find an unhappy plan participant pointing out that one of the active funds offered by the plan had abysmal performance.  For the five years up until June 30, 2016, it posted an annual return of 4.7% versus 12.1% for its benchmark, the S&P 500.  To add insult to injury, the story reports that the expense ratio of this poorly performing active fund (0.8%) is far higher than an institutional index fund that tracks the S&P 500 (0.02%).  In the suit filed by this plan participant, the complaint says “plan participants would have had USD 130 million more had they instead been in an index fund that roughly matched the market.” That’s a decent amount of money that could have helped out with those participants’ retirement.

The next story about Medicare (arguably a topic many retirees care about), Laura Saunders discusses how many high-income Americans will be subject to increases in premium charges and the key number for planning is the modified, adjusted, gross income (AGI), which usually means a person’s adjusted gross income.  The higher it is, the more some will pay for Medicare.  So her piece goes into detail about how to keep one’s AGI down using charitable contributions, Roth IRAs, timing the receipt of income, etc., but it’s under the managing capital gains and losses section where we find this key observation, “passive investments such as broad-based index funds tend to pay out less annually in capital gains” and it’s taxable capital gains that can raise an AGI.

Were these two pieces intentionally published side by side in the print edition?  Probably not because I don’t think the authors thought someone from the indexing industry would see that taken together, both stories created a real and tangible case study for those thinking about retirement and Medicare to embrace passive investing as way to better prepare themselves.  Lest this observation be taken as merely anecdotal evidence, I will conclude by pointing out “that within domestic equity, the majority of managers in nearly every category underperformed their respective benchmarks over the five-year horizon, for both retail funds and institutional accounts.”

The Central Bank of the Philippines unexpectedly lowered the key overnight rate to 3% from 4% on June 3, 2016, as it shifted to an interest rate corridor system to “improve the transmission of monetary policy.”[1]  Sovereign bonds have had a strong rally since then; the total return rose 10.82% YTD, while the yield-to-maturity tightened 103 bps to 3.21%, according to the S&P Philippines Sovereign Bond Index as of Aug. 4, 2016.

The S&P Philippines Government Bond Index, which seeks to track the performance of sovereign bonds, government bills, and agency bonds, rose 10.58% in the same period.  Government bonds represent 89% of the overall fixed income market in the Philippines, with a total market value of PHP 4.3 trillion.

Additionally, the corporate bond market grew steadily over the 10-year period ending Aug. 4, 2016.  The three biggest corporate issuers are Ayala Land, Ayala Corp, and SM Prime Holdings.  Though the yield-to-maturity of the S&P Philippines Corporate Bond Index tightened 79 bps to 4.08% YTD, the yields remained attractive for the modified duration, at 4.06%.

The Central Bank of the Philippines kept its benchmark interest rate unchanged on June 23, 2016, while indicating that average inflation is likely to settle near the lower edge of the inflation target of 2%-4% this year.  The next scheduled interest rate decision will be on Aug. 11, 2016. 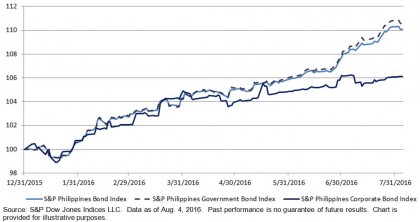