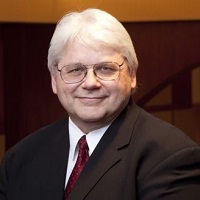 Jack’s has a BBA-Business Economics, an MBA, a JD and an LLM-Employee Benefits (with honors) as well as the CEBS designation. He has served on the Department of Labor, Employee Benefits Security Administration’s ERISA Advisory Council and as a director for benefits trade associations (W@W, CEB, ABC, IFEBP).

Back in the Great Recession of 2008-2009, participants experienced a dramatic stock market decline.  The S&P 500 index had a “peak-to-trough” decline of 51 percent! Coincidentally, many retirees and near-retirees were gaining their initial experience with something called a Qualified Default Investment Alternative (QDIA). The QDIA is a “safe harbor” (Department of Labor Regulation 29 END_OF_DOCUMENT_TOKEN_TO_BE_REPLACED