Credit Suisse recently published their Global Investment Year Book for 2015 covering investment performance from 1900 to 2014 for 23 countries.  The results so far in the 21st century are surprising: in 19 of the 23 markets bonds and fixed income outperformed stocks from 2000 to 2014.  The four equity markets that beat fixed income were Denmark, New Zealand, Norway and South Africa. In the 20th century stocks beat bonds in every market. (Data on China do not cover the entire century so it 22 of 22 for 20th century stocks.)

The results aren’t driven by bear markets in stocks. Although five markets show negative returns so far in this epoch, there were some reasonably strong equity markets which still lagged fixed income including Australia, Canada and Sweden. The explanation is both the currently low interest rates and the misfortunes of equities.  Ten year treasury yields peaked in the fall of 1981 and been bumping downward ever since.  The bull market in bonds covers the last fifth of the 20th century and all of the 21st we have seen so far.   The equity story is very different – once bond yields began sliding in 1981, equities began a 20 year bull market that carried them through to the turn of the century. Then fortunes turned and we have seen two deep bear markets where the S&P 500 lost about 50% since 2000.  With interest rates down to zero and even negative in a few European markets, one must believe that the bull market in bonds is close to ending.  Providing equities advance, the odds favor stocks out-performing bonds during much of the new century.

Active management is difficult; most of its practitioners underperform passive indices most of the time; and 2014 was a particularly tough year.  Not surprisingly, active managers are not touting last year’s performance.  Instead, the pitch for active management increasingly cites its putative social benefits — arguing, e.g. that “Markets are efficient only because active managers buy underpriced assets and sell overpriced ones.”  Too much indexing, the argument goes, will produce inefficient capital markets and insufficient price discovery, as “not enough” investors trade in response to perceived misvaluation, and “too many” investors simply accept whatever price the market gives them.

The reason that passive assets can rise so dramatically is that active turnover is much higher than passive turnover.  In the chart above, we assume that the average active fund turns over 100% annually versus only 10% for the average passive fund (a very generous estimate on the passive side).  On those assumptions, if half of the market’s assets are indexed, active managers will still do 91% of the trading.  Indeed, if 90% of the assets are indexed, active managers will do 53% of the trading.

It is trading, not asset ownership per se, that sets prices and putatively corrects misvaluations.  If active trading makes for an efficient market, indexing has a long way to go before market efficiency is impaired.

The Brent crude oil and unleaded gasoline price difference, or “crack spread“, is a widely followed relationship to measure the value extracted along the chain of producing oil to refining it that can serve as a proxy for profit margins.  The EIA (Energy Information Agency) reported global gasoline supply and demand patterns have been evolving with demand greater than supply in Asia, Latin America, and the Middle East. In the U.S., the production of gasoline has been outpacing the demand, resulting in increasing exports of U.S. gasoline into the global market. Despite the relative cheapness of U.S. gasoline to the international markets from the fundamentals, the transportability has allowed benchmarks to measure the global seasonality. 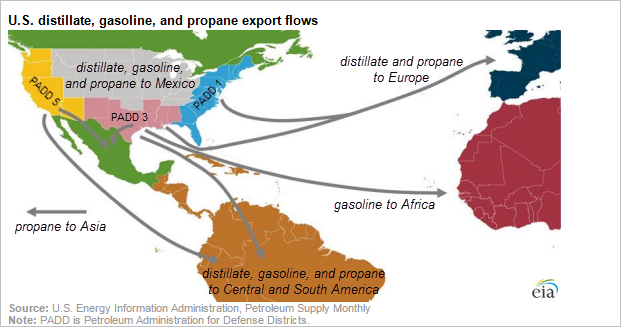 In indexing, the difference in roll yields can be measured to theoretically reflect the relationship between excess and shortage in the oil and gas markets since it is the storage markets that drive the shape of the curves.  There is a historically wide roll spread between unleaded gasoline and brent crude oil, seasonally in each February, where the excess inventory of unleaded gasoline markedly exceeds the excess inventory of brent. What is interesting so far this February is that the spread is the narrowest in six years.

According to the IEA (International Energy Agency), global refining capacity is expected to rise after falling to a six-year low and that global refinery margins will come under renewed pressure. They predict further consolidation in the refining industry, especially in Europe and developed Asia as product markets continue to expand and globalise.

The last time the roll spread was this narrow in February 2009, it marked the bottom of brent. The fundamentals are different this time, driven much more by supply than demand, but the resulting inventory is what might matter most. 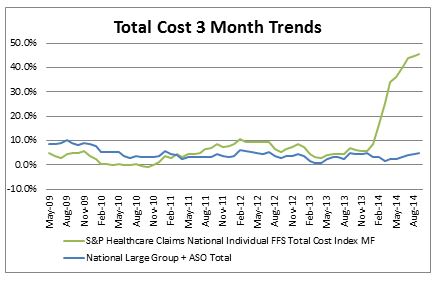