Gold: Its History and Recent Trends

A Lesson in Last Week's Turmoil

Gold: Its History and Recent Trends

During festivals such as Diwali, the demand for gold in India increases because it is considered auspicious.  Traditionally, people invested in physical gold bars, coins and jewelry.  However, after the introduction of the gold ETF, the option to invest in gold also became popular.  There was a huge growth in the assets under management for gold ETFs compared with ETFs in other asset classes.

Investors purchased gold as a way to preserve value and hedge against inflation and recession.  Gold was in a bull run until the year 2012, and the average asset under management in gold ETFs peaked at INR 119 billion in Q1 2013, but since then it has declined.

The Federal Reserve introduced tapering after confidence of the sustained improvement in the U.S. economy was restored.  Tapering led to the strengthening of the U.S. dollar, which exerted downward pressure on the price of gold.  The import restrictions in India, the second largest consumer of gold, exacerbated the situation.

The Indian government and the Reserve Bank of India introduced a series of measures in 2013 in an effort to curb the import of gold and improve the current account balance of payments of India.  The introduction of the 80:20 rule, under which 20% of the imports must be re-exported, and an increase in import tariffs has reduced the amount of gold imported, and it has increased gold’s premium in the local market compared with that of the global market.

Looking at Exhibit 2, we can see that the S&P GSCI® Gold TR, which measures the returns accrued from investing in fully collateralized gold futures contracts, has been in a declining trend.  It has lost nearly 8.91% and 9.78% over the one- and three-year periods ending in September 2014, respectively.

There has also been a shift in the sentiment toward investments in equity and bond markets because of higher returns.  These all are included as some of the reasons for the decline in the price of gold after the 11-year bull run.  However, with the ongoing economic crisis in Europe and among the emerging markets, gold may still benefit as a safe haven hedging tool.

Source: S&P Dow Jones Indices LLC.  Data as of Oct. 15, 2014.  Charts and tables are presented for illustrative purposes.  Past performance is no guarantee of future results.

A Lesson in Last Week's Turmoil

The market action in US stocks and Treasuries last week, especially on Wednesday, may be an experience that many investors would like to forget.  On Wednesday volume in US treasuries set a record as yields collapsed, stocks nose-dived and VIX topped 30 after opening the week at about 20.  As horrifying, or exciting, as it was, there may be lessons buried in the numbers.

Rarely does one specific event cause this kind of market turmoil; rather many sources of investor anxiety crowd together.  Among the protagonists were Ebola fears, slow European economies, weak US retail sales, and the Middle East.  Over-riding all of this was the growing conviction that the markets were surely in a correction, if not something worse, and no one would even guess where the bottom might be. As downward momentum gains strength it persuades investors that they should be getting out.  When that happens, investors want to sell the dogs — their least attractive unwanted and illiquid holdings.   But these are exactly the positions that are hardest sell if there is a market and impossible to unload if the market vanishes into the turmoil.

The response? Investors have no choice but to sell what they can sell, not what they want to sell.  What can they sell in the midst of the storm?  Anything in the deepest markets:  either US stocks or US Treasuries.  Last week the focus of fear was on equities and the answer was selling US stocks.  Hedging also may have been driving the market.  Equity investors who wanted a hedge for down side protection would have chosen the liquidity in S&P 500 futures.  Short futures positions can be read as a sign that stocks will fall further and may add to downward momentum.

While Wednesday’s action in US Treasury notes was more of a buying panic, the week’s events could be a hint of what might happen when the Fed finally does raise interest rates.   Some time, probably next year, the FOMC meeting notes will announce that monetary policy is being tightened and interest rates will rise.  Investors in a rush to sell unwanted bonds will find the only liquid market is 10 year Treasuries; they will be forced to keep junk bonds and sell, or short, treasuries. Others simply looking for a hedge will also short treasuries.  Those illiquid unwanted bonds will then be re-priced at lower levels consistent with the falling prices on over-sold US treasuries.   Fixed income prices could cascade downward.  It has happened before in the early 1990s when the Fed tightened more aggressively than expected and mortgage-backed bond traders got caught in a rush to the exit.

In late August, as reported by the Wall Street Journal, Walgreens announced the departure of their CFO at the end of the current year. This news came after a significant cut in forecasts by $1.1 billion from the original $8.5 billion forecast in fiscal 2016 pharmacy-unit earnings. According to the Wall Street Journal, “Walgreens hadn’t factored in, among other things, a spike in the price of some generic drugs that it sells as part of annual contracts.” This illustrates an opportunity where the S&P Healthcare Claims Indices may have been utilized as a tool to monitor the changing costs of both medical and drugs. As evident in the cost chart below, generic drug costs tend to be quite volatile, with overall costs growing at times in excess of 20%. However, looking at utilization, we can see that growth peaked in January of 2013, and has been declining ever since.

To gain insight on generic drugs, one may look at Unit Cost Indices, which show that while brand name drugs continue to escalate in price steadily over time, the cost of generic drugs on a Unit Cost basis tends to be more volatile, even declining in price at times. Because both the utilization and average cost of generic drugs are driven by factors such as the end of the patent protection period on brand drugs, high volatility is likely to be an inherent characteristic of generic drugs. By utilizing the S&P Healthcare Claims Indices, one may be able to better manage expectations for future changes in healthcare costs by studying recent trends. 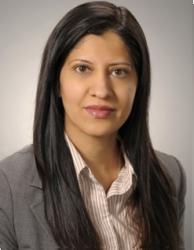