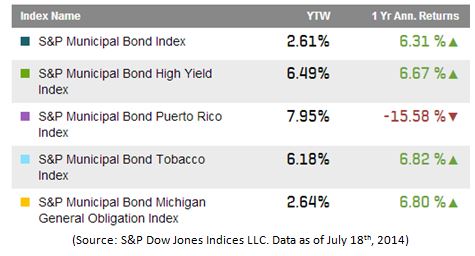 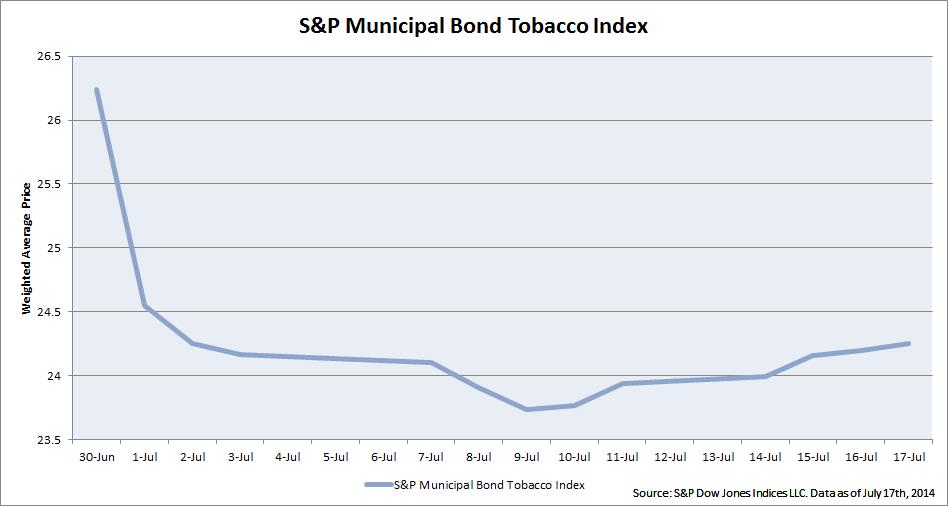 S&P has released their annual S&P 500 Pension report (which is available on its website at www.spdji.com or directly at bit.ly/1jPIDiE ). The short bottom line is that, in aggregate, pensions and OPEBs have become an acceptable and manageable expense for S&P 500 issues with respect to their underlying assets, earnings and cash-flow. For individuals, the additional responsibility has been shifted from corporations to them for pensions, and is already well underway for OPEBs, with the government, directly or indirectly, the ‘insurer’ of last resort – and individuals, directly or indirectly, the ‘insurer’ of the government. Some of the findings of the report are:

• Pension underfunding was cut in half, decreasing to USD 224 billion (USD 218 billion deficit in 2002) from the record USD 452 billion

• Funds tilted toward equities in their 2014 allocations, but they remained cautious of risk 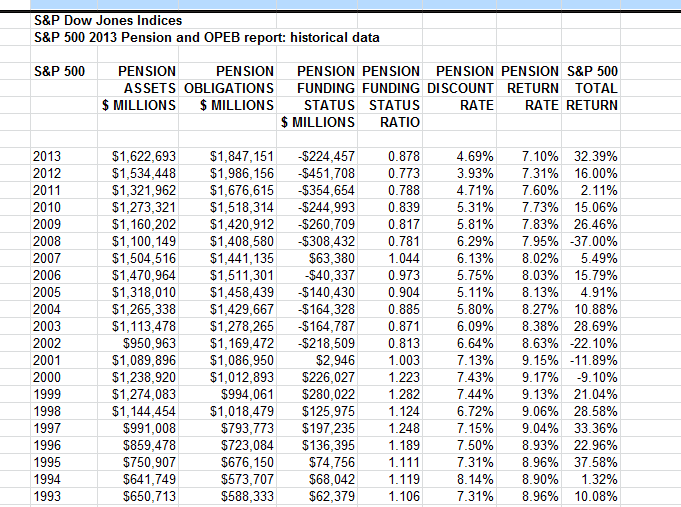 I fear the risk premium for agriculture and livestock may vanish sometime soon as climate change and El Nino drive up food prices.

When investing in commodities as an asset class there are five components of return to be earned by using futures.

While each component’s contribution to performance varies through time depending on the environment, the risk premium is one of the most important sources of return.  It comes from the discount that commercial consumers demand from commercial producers by buying commodities forward.  This is demonstrated in the chart below where, in February, a cattleman and meatpacker agree on a price of 70 cents per pound of cattle for future delivery, when in fact, they also agree the expected cash price at the time will be 72 cents per pound. This 2 cents discount is demanded by the meatpacker for locking in the purchase ahead of time but accepted by the cattleman as insurance for delivery in the future (shown as October in the chart.)

However there are choices the commercial consumer, or meatpacker, in this example has that the producers don’t have.  I have talked about this before in a prior post regarding risks long-only commodity index investors take but believe it is worth revisiting.

The insurance risk premium is available to long-only commodity index investors since there is a gap that needs to be filled between producers and commercial consumers that are hedging. Remember, the futures markets exist to facilitate hedging, not to forecast prices. The producers go short to protect against price drops and the consumers go long to protect against price increases. However, the producers need protection against price drops more than consumers need protection against price increases. The reason this is the case is supported by two economic theories: 1. Hicks’ theory of congenital weakness that argues it is easier for consumers to choose alternatives so they are less vulnerable to price increases than producers are to price drops, and 2. Keynes’ theory of “normal backwardation” that argues producers sell commodities in advance at a discount which causes downward price pressure, which converges to the spot at the time of delivery.  This results in net short hedging pressure from physical users as shown in the graph below:

In other words, long-only investors get paid to supply insurance to producers where commercial consumers choose not to hedge. It is apparent from recent news about price increases for retail consumers of food and beverages like meat, coffee and chocolate, that commercial consumers like Hershey, Starbucks, Kraft’s Maxwell House, J.M. Smucker’s Folgers and Dunkin’ Donuts have chosen to pass through the price increases rather than hedge completely.

Given the expectation that climate change and El Nino may drive up agriculture and livestock prices even further, the question becomes:

At what point will the commercial consumers increase their hedging so that they erase the risk premium opportunity for long only investors by filling the gap created by choices of substitution and passing through the price rises? One answer is when prices get high enough so that retail investors stop buying. When this happens, commercial consumers may increase hedging that effectively provides all the insurance producers need so that investors get paid nothing from this source of return in food commodities.