In an earlier post on this blog, Bluford Putnam (of the CME Group) correctly points out that the Fed’s much-discussed three rounds of Quantitative Easing (QE 1-2-3) haven’t created either jobs or inflation.  While job growth has picked up somewhat this year, both payroll employment and the unemployment rate have not recovered to their pre-crisis levels.  Inflation seems to be a thing of the past; few, if any investors worry about rising prices or the falling value of their money.

QE 1-2-3 has, however, made a difference  The principal result of the bond buying and explosive balance sheet growth at the Fed is asset price inflation. Stocks, as measured by the S&P 500,  are up roughly 2.6 times from the bottom in March of 2009.  Home Prices have had far less time to recover but are up about 20% in 18 months. While some might argue that boosting asset prices is the wrong way to support the economy or that Fed policy should be aimed at economic growth with low inflation rather than encouraging higher price assets, QE 1-2-3 has done something.

Higher asset prices suggest that the Fed should look to unwind QE 1-2-3. Both stock prices and house prices are reaching levels where there may be cause for concern.   From the first quarter of 2009, when the market bottomed to the second quarter of this year earnings per share for the S&P 500 are up about 2.6 times, the same pace as the market. However, the rate of growth of earnings is slowing down, suggesting that either valuations will climb or stock prices will not. On the housing front, there are some cities where price gains look like the halcyon days of 2005 and 2006.  The question of bubbles is being asked more often. (for a picture, see here)

Continuing asset price inflation is reason enough for the Fed to scale back the QE 1-2-3 program.  Since 2000 the economy has been rocked by two boom-bust cycles in the stock market and the largest boom-bust cycle in housing since the 1920s.  A little insurance against another cycle, even if the cost is somewhat higher interest rates, wouldn’t be a bad choice.

2 thoughts on “QE and Asset Prices” 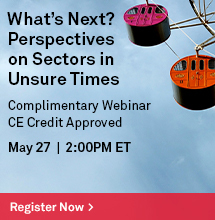