With all the discussion about what might happen were interest rates to rise, it is worth looking at what has happened before. In 1994 the Fed tightened policy and interest rates rose faster and higher than investors expected.  The chart shows the yield on ten year treasury notes — the same instrument everyone is talking about today at a yield of about 2.2% — and the S&P 500.  As seen there, the market didn’t respond very much to the rise that began in late 1993 and early 1994; it did react when rates turned down late in 1994.  Of course there is no assurance that this time might be like the last time. 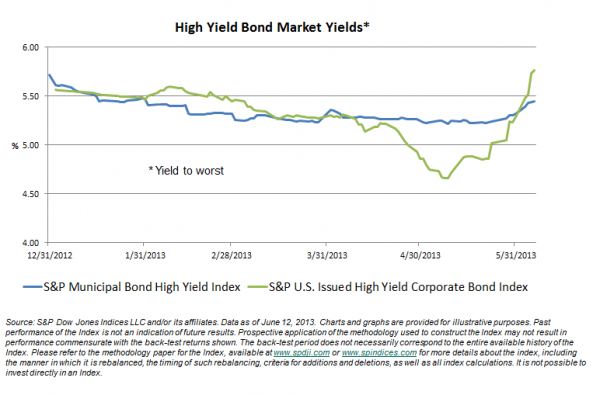